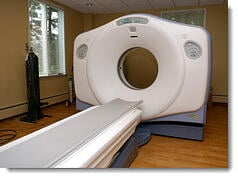 Why hasn’t coronary CT angiography (CCTA) really taken off as a chest pain triage strategy?  Or, as a final stage, pre-cath noninvasive screening tool for certain patient populations?  The potential benefits and cost savings associated with CCTA have been recognized and well documented.  Clinical studies and research papers continue to tout its cost effectiveness and clinical efficacy.  Yet since the advent of the ultrafast, 64-slice CT era began, its increased use has been slow – painfully so to those who promoted its use only a few years ago.

A perceptive article appeared in the November 2010 issue of Diagnostic Imaging.  Dr. David A. Dowe, medical director of the coronary CTA program at Atlantic Medical Imaging in Galloway, New Jersey, an early proponent of CCTA, offered his thoughts in an opinion piece entitled, “Coronary CTA really works, but why isn’t its use soaring?”  In an accompanying editorial entitled, “The deck is stacked against coronary CTA: why it matters,” the journal’s editor, John C. Hayes, weighs in support of Dr. Dowe.

Dr. Dowe proposes that despite all of the positive attributes of CCTA, the following factors have negatively impacted its use:

Dr. Dowe concludes that it is not clinical efficacy that is the problem with CCTA usage, but rather a host of outside factors that have embroiled and sidelined it, and the result has been less effective care.  It will be interesting to see how this issue plays out over time and whether or not health care reform has any impact.

As always, CFA invites your comments, suggestions and questions.

Cardiovascular CT in the ED – The CT-STAT Trial

If a blog is an electronic soap box, then CFA can be accused of standing on one and shouting about the continuing positive evidence of the utility of cardiac CT angiography in cardiovascular diagnoses. The reported results of the CT-STAT (Coronary Computed Tomography for Systematic Triage of Acute Chest Pain Patients to Treatment) Trial presented at the AHA meeting in November, 2009, gives positive results for the use of coronary CT angiography on chest pain patients in hospital emergency departments. Previous studies have produced similar results, but they tended to be small and single facility-based trials.

We all realize what a challenge the ED has in the diagnosis of chest pain patients. Six million chest pain patients present to ED's in U.S. hospitals each year. Of these, 75% are found to have non-ischemic or non-cardiac etiologies for their chest pain. The diagnostic cost of diagnosing these patients is estimated at $12 to $14 billion a year. About 2% to 4% of acute coronary syndromes are missed and inappropriately discharged. This leads to an estimated 20% of malpractice costs being assigned to missed diagnosis of chest pain in the ED each year. The standard-of-care testing (rest and stress imaging after serial electrocardiograph and cardiac enzyme tests) for chest pain patients is time consuming and resource intensive, with results that are not always definitive.

In the study 750 low-risk chest pain patients were randomized in 16 hospital sites to receive either CT angiography or standard-of-care workups in an attempt to produce a diagnosis. The results of the trial were striking:

In summary, the trial concludes that the use of CT angiography was safe, faster, and cheaper than the standard of care. CFA encourages all hospitals with emergency departments and cardiac CT technology to evaluate chest pain strategies based on cardiac CT angiography, but cautions that there are many factors that must be considered with implementation. Including:

For further information on CT-STAT, CFA refers you to http://directnews.americanheart.org/extras/sessions2009/slides/159_sslides.pdf

Three-dimensional imaging diagnostics-in particular, Cardiovascular CT angiography (CCTA)-have been widely touted as the next big thing in the diagnosis of CAD and PAD.  Nearly every day a new clinical article related to CCTA shows up in my inbox.  What's the current state of 3-D imaging?

While important, this technology has not proliferated as rapidly as many of us thought it would.  It is clear that the reason is largely (but not exclusively) economic:  the high cost of the equipment (beyond the scanners themselves, the workstations required to post-process and analyze results), the impact of the worldwide recession on capital purchases, lack of technological uniformity, lack of skilled technologists, the cost-related pushback by insurers (including Medicare) due to the proliferation of all types of imaging, fear of a negative impact on cardiac catheterization volumes, the time commitment and cost required for physicians to obtain proficiency, and so on.  Overall, reimbursement has been challenging, with ever-changing policies and payment inconsistencies among payers.

Given the current challenges, what trends relative to CCTA does CFA believe will be important for hospital cardiovascular programs in the future?

The CFA team recommends that those interested in learning more about Cardiovascular CT contact the Society of Cardiovascular Computed Tomography (SCCT) at http://www.scct.org/.  This is the leading professional organization dedicated to CCTA and provides its members with regular updates on education and training programs and legislative initiatives.  SCCT publishes a journal devoted to the utilization of this technology.