When reviewing healthcare statistics, there is usually both good and bad news.  However, looking at the National Center for Health Statistics deaths from heart disease for 2010-2013, there is mostly good news to report.  Death rates per 100,000 population (see table) are trending down for Whites, Blacks and Hispanics.  That’s the good news.

The bad news is that there are still heart disease disparities between ethnicities when it comes to both incidence and rates of decline.

Blacks, who suffer the greatest health disparity, have the highest death rate.  It has declined over time, but still has more to go to equal other groups.  With all ethnicities, particularly Blacks and Hispanics, diet, exercise, diabetes, obesity, access and other socio-economic, culturally- and ethnically-linked factors play significant roles.

There are real, well-documented differences in how races and ethnicities view and consume health care services.  Health care disparities have been an historic fact of life, and for most groups, the numbers are getting better.  For others, disparity is still a real issue.  The myriad of factors that impact heart disease mean that it often takes decades to see the results of changes.

Today, with greater public awareness and the advance of information technology, we are seeing change happen more quickly.  New advances in genetic based research and therapies are promising.  In the near term, the greatest impact that we in the healthcare community can have is to continue to pursue innovative, integrative, population-based, chronic disease management approaches toward these groups.  Our focus should be on ethnic-specific prevention, wellness, diagnosis and treatment programs, designed specifically for the demographics of our service areas.  The most impactful things we can do for those most affected is to continue to create greater awareness, enhance access and continue our innovation in cost-effective and transformative prevention and treatment. 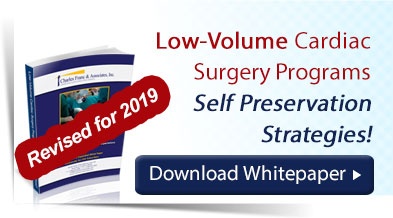